7 Effective Methods for Fitting a Liner
1061 days ago

Want to be a millionaire before you turn 25? Study artificial intelligence or machine learning
92631 views

Marble debuts its autonomous food-delivery robots in partnership with Yelp

Fledgling robotics startup Marble has announced its first public-facing partnership, one that will see food delivered to hungry San Franciscans via a little ground-based autonomous drone.

Headquartered in San Francisco, Marble has been buzzing around in stealth for some time now, but an eagle-eyed tech writer spotted a Marble / Yelp Eat24 co-branded robot out on the streets last month, apparently during a promotional photo shoot.

At any rate, Marble has today officially lifted the lid on its work with Yelp's online food-ordering service.

Yelp Eat24 is the result of Yelp's acquisition of startup Eat24 in a $134 million deal back in 2015, and moving forward some customers will be offered the chance to have their food delivered by one of Marble's little robots. 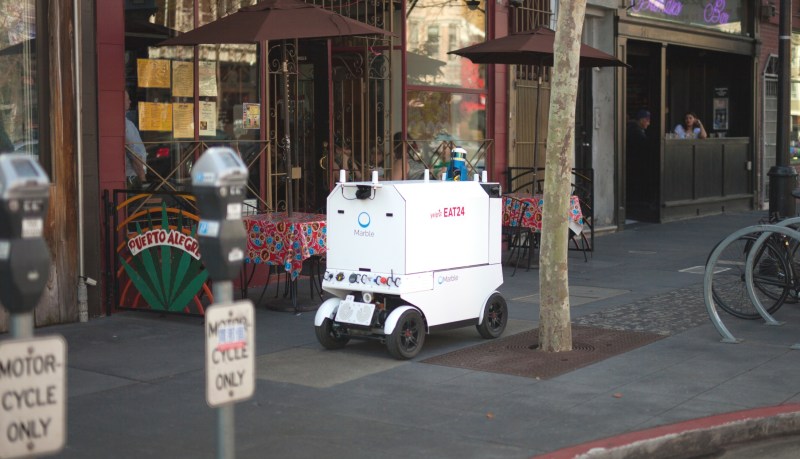 In addition to its tie-up with Yelp, Marble has also revealed that it raised $4 million in a seed funding round last April, led by Eclipse, with participation from Maven Ventures, Amplify Partners, and Lemnos Labs.

A handful of local restaurants have opted in to help Marble and Yelp trial the new service, with the eateries placing their meals inside the bot's cargo bays. Customers will be texted an access code to unlock the cargo bay and receive their food.

The so-called "last-mile" delivery service will entail a small-scale roll-out initially, covering San Francisco's Mission and Potrero Hill Districts. But it's worth noting here that Marble's robot will use a hybrid approach initially, meaning all deliveries are actually semi-autonomous. This means that humans will be on-hand to physically intervene, depending on the situations encountered by the robots.

Source: Venturebeat
Share This On
Previous Story Next Story